Uphold 360 SC; It is a new (lepidopter) insecticide that offers rapid effect and permanent protection in pest control at the same time, thanks to the two powerful active substances it contains.

PROPERTIES OF THE DRUG

The active ingredient of UPHOLD 360 SC, spinetoram, is a fermentation product, Spinetoram acts on the nervous system of the target pest through the stomach and contact and immediately stops the feeding of the target organism. Methoxyfenozide (MAC) is an insect growth regulator that accelerates the change of coat of insects.

After UPHOLD 360 SC dries on the plant, the toxicity of the drug to bees decreases significantly. Do not apply pesticides during the period when bees are actively collecting pollen.

It is extremely safe against cultivated plants and no signs of phytotoxicity have been observed in any of the trials conducted so far.

One of its most important features is that it is safe for the user and has very low toxicity against warm-blooded people.

It is essential to use the UPHOLD 360SC at the recommended dose to get the best results.

Since it mixes with water immediately, it can be applied with all kinds of spraying tools and equipment.

Since stomach and contact is an effective drug, care should be taken to cover the entire surface of the plant during spraying; In order not to harm non-target organisms and to prevent waste, spraying should be done in a way that does not allow the particles to form drops and flow by combining on the branches and leaves of the cultivated plant.

In apple, pear and quince, spraying is done according to the prediction and warning system in the control of apple inner weevil. The goal in the fight against apple worms is to kill the hatched larvae before they enter the fruit by keeping the trees with pesticides during the larva emergence of each generation. It is very important to determine the first larvae emergence in determining the first spraying time of the progeny in a healthy way. Three sprayings are done, two against the first generation and one against the second generation. In Pear and Quince, the sum of effective temperatures is not used.

Counts for greenworm control in cotton are started during the carding period. Sampling is done twice a week during the dark or near-dark periods of the month when the egg population starts to increase, and once a week otherwise. A 50-decare cotton field is accepted as a unit for sampling, and all plants with a length of 3 meters in rows selected randomly in approximately three equal sections are checked and spraying is decided when an average of 2 larvae are found. Since the plants are in the basic development period in this period, the plant's self-renewal, formation of new combs and natural enemies should be taken into consideration in the spraying to be made against the first generation. As long as the number of eggs laid increases, spraying should not be done, but this period should not be long enough to allow the larvae to grow too much. In order to get the best effect from the drug control, the period when the newly hatched larvae are in the majority should be determined well. Since the larvae usually feed in combs, flowers and cocoons during the day, spraying should be done early in the morning or late in the evening. 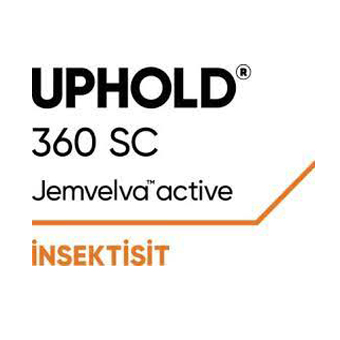