Mikado® 85 WG; It is a systemic effective weed solution that controls both narrow and broad-leaved weeds in wheat fields at once and is used after emergence.

Both active ingredients of MIKADO 85 WG are systemic.

It is used after emergence against narrow and broad-leaved weeds in wheat.

The drug is taken up by the leaves and partly by the roots and transported to the growing points.

Immediately after applying the drug, the growth of weeds stops; yellowing and dead tissue on leaves and growing points 1-2 weeks after application; As a result, it takes the weeds to death within 3-4 weeks.

It is recommended to apply in the fields where Gökbaş and Köygöçören are dense, before these species pass the rosette period.

It should not be used before the stagnant period of weeds at the exit from winter is over, that is, before the development starts again in the spring.

It is not recommended to be used during periods when the average air temperature is below 5 degrees, frost or heavy precipitation is expected according to the weather forecasts.

MATTERS TO BE CONSIDERED WHEN USING

MIKADO 85 WG is used in bread wheat varieties; It is not recommended to be used in durum varieties.

MIKADO 85 WG should be mixed with Dassoil 26-2N spreader-adhesive supplied in the same package.

It is recommended to apply MIKADO 85 WG by pulverizing with an average of 20 to 40 liters of water per decare.

Fan jet nozzles should be used in herbicide applications; If possible, it is recommended to use anti-drag type equipment.

It should not be applied in conditions where the cultivated plants and weeds are under stress due to drought, ongoing night frosts, extreme cold, extreme heat, and excessive precipitation, and wait until the stress conditions disappear. 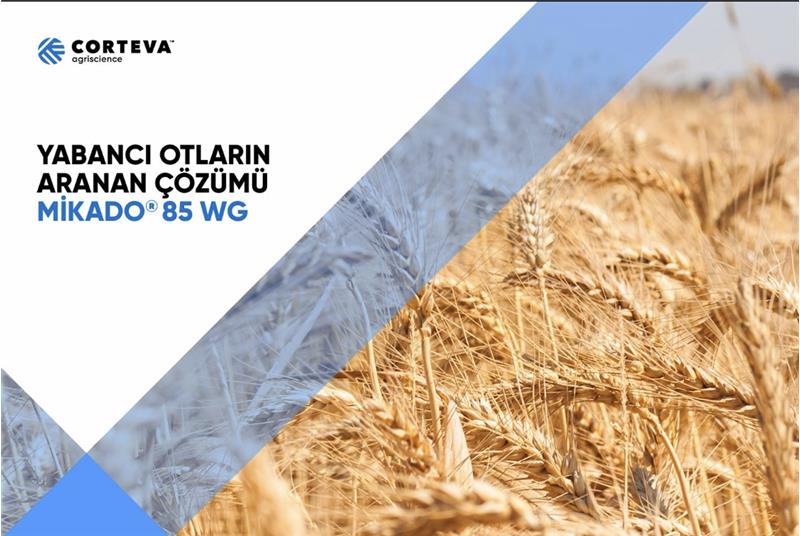