Adults of Mediterranean Fruit Fly, which cause damage especially to fruits such as citrus, pomegranate, mandarin, dates, and unnap, are 4.5-6 mm long, usually 2/3 the size of a house fly. The general color of the body is yellowish brown. The head is yellow, the eyes are large, with a green metallic sheen, the edges are red. Its wings are broad, with black and pale brownish stripes on it. Its legs are reddish yellow with yellow and black hairs on it. Females have sharp, sword-shaped organs on their rumps that are used to lay eggs.

Eggs are shuttle-shaped and white. Maggots are white and legless. Pupa is dark brown in color and barrel shaped. The pest spends the winter as pupae in the soil or as larvae in the remaining citrus fruits on the tree. According to the climatic conditions, the adults that emerge at the end of spring and at the beginning of summer lay their eggs in the hole they opened with their ovipositors (egg laying tube) under the shell of mature fruits after feeding. The larvae emerging from the hatched eggs spend three periods by feeding on the fleshy part of the fruit and when they mature, they throw themselves into the soil and become pupae 2-3 cm deep in the soil. The development of the larva depends on the heat and takes between 9-18 days.

Adult emergence from pupae is 10-12 days in summer. Adults must be fed with substances such as fungi, yeast and fumagin for 4-7 days in order to reach sexual maturity and mate.

For ovulation to occur, the temperature must be above 16 oC. The average lifespan of the adult is 30-50 days under natural conditions. It can give 4-5 offspring per year in the Aegean Region and 7-8 in the Mediterranean Region.

Mediterranean fruit fly damage is done by the larva. The larvae that feed on the fleshy part of the fruit create a softening and depression in this part. Damaged fruits ripen and fall prematurely. Especially the damage to the exported citrus, pomegranate and other products is very important for the country's economy.

The damage to the exported citrus varieties is very important for the country's economy.

The roughness and contamination of such fruits hinders exportation and it is not allowed to take the goods abroad. It has been determined that the annual loss may vary between 5.2-78.9% in the Aegean Region. The pest, which has spread to almost all countries with subtropical and tropical climates in the world, is constantly operating in our country, especially in the parts of the Aegean and Mediterranean Regions along the coastline.

The most important hosts detected in our country are citrus fruits, excluding apricot, quince, peach, fig, persimmon, pomegranate, avocado and lemon varieties. It has the potential to survive in pear, prickly pear, pomegranate, apple and wild species, which are secondary hosts, when preferred hosts are not available. 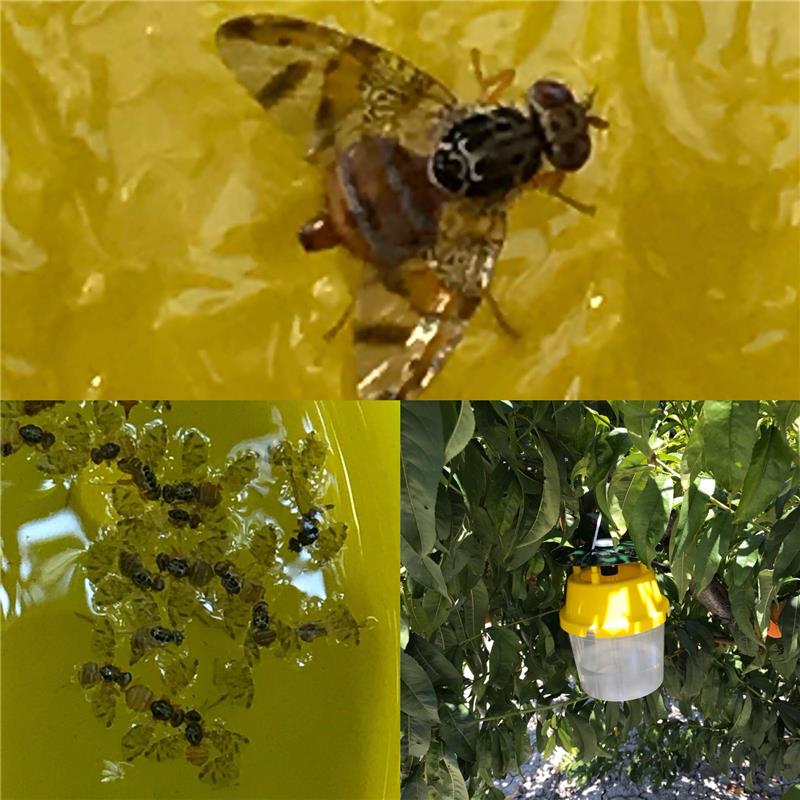